Gavin Francis fulfilled a lifetime’s ambition when he spent fourteen months as the base-camp doctor at Halley, a profoundly isolated British research station on the Caird Coast of Antarctica. So remote, it is said to be easier to evacuate a casualty from the International Space Station than it is to bring someone out of Halley in winter.

Antarctica offered a year of unparalleled silence and solitude, with few distractions and very little human history, but also a rare oppurtunity to live among emperor penguins, the only species truly at home in the Antarctic. Following the penguins throughout the year – from a summer of perpetual sunshine to months of winter darkness – Gavin Francis explores a world of great beauty conjured from the simplest elements, the hardship of living at 50°C below zero and the unexpected comfort that the penguin community bring.

Empire Antarctica is the story of one man and his fascination with the world’s loneliest continent, as well as the emperor penguins who weather the winter with him. Combining an evocative narrative with a sublime sensitivity to the natural world, this is travel writing at its very best

'A book full of wonder'

The Economist - Books of the Year 2013
Read More

"Empire Antarctica" is the embodiment of everything I admire in travel writing - a great journey, intense isolation, wide reading, vivid writing, scientific research, and something in the nature of an old-fashioned ordeal. I loved this book"

A valuable addition to polar literature, vividly describing the brutal, but beautiful, realities of undergoing an Antarctic winter.

An intense and lyrical portrait of the slowly changing polar seasons… shines with a clarity and lyricism descended from Thoreau.

Francis’ best writing (and it is excellent)... is Robert Macfarlane on ice. This writing achieves the ‘quilted quality’ of silence, and through it we are brought to a new landscape of words.

In this engrossing account of a doctor's 14 months at Halley, a British research station on the coast of Antarctica, what truly stands out is the book's lyrical prose.

A literate, stylish memoir of personal adventure rich in history, geography and science.

A beautiful hymn to limitless solitude... His bracing year spent among emperor penguins presents an ordeal that is also a joy. And it’s beautifully written on every page.

It is over 100 years since Ernest Shackleton published The Heart of the Antarctic, but the white continent’s mystery endures, and Francis’s lyrical and enjoyable account of 14 months living at the remote British Halley research station goes some way to explaining why.

Part-travelogue, part memoir, part natural history book, it’s a fascinating, lyrical account of one of the strangest places on earth and its majestic inhabitants.

Beautifully descriptive of the natural world and the night sky in winter, Francis lets the reader experience the hardships and wonder of life inside and outside the station

Just when it seemed there wasn't another good book to be written about this under-inhabited, over-described continent, Gavin Francis has gone and produced one. I read it fast, in two sittings, drawn onwards by the pleasure the calmly elegant prose was bringing me, and by the access it offered me into that strange white world of Antarctica, and the existences of some of those who live and work there (human and avian).

There are numerous dog-eared pages in my proof copy, folded over to mark up a detail about Antarctica that I'd not encountered before (the emperor penguin who burst the leather bonds with which he'd been restrained just by inhaling), or a turn of phrase to relish ('Seasons felt meaningless without the testimony of trees. I waited for the sun.')

One of those rare books that leaves you with an almost breathless sense of the wonders of the planet. Beautiful, erudite and informative, it speaks joyously of the indomitability of Man and the natural world alike.

An extraordinary book - lyrical, precise, intoxicating and with a remarkable spiritual depth. It can certainly stand beside the classics of polar literature.

One of the best travel titles I have read in a long time. Thoughtful, lyrical, extremely well-written, it’s a triumph.

Beautiful, profound, and highly readable... Francis’s account of the rituals, rules, frustrations and pleasures of this closed, quasi-monastic world is one of the many triumphs of this hugely enjoyable book. Empire Antarctica is surely destined to become a standard, not so much of travel but of staying very still.

Out of his spell in the white kingdom he has fashioned a book full of wonder. Brilliantly imagined, superbly brought to life, it is a worthy companion to Francis’s earlier journey in the Arctic and to Sara Wheeler’s Terra Incognita.

An awe-inspiring memoir of a modern-day pioneer who writes with a poetic style and descriptive flourish that is part education, part enthrallment, and wholly entertaining.

This is the sort of book that gives obsession a very good name. Here, in a cold, silent place you realise that obsession is another name for love. And love leads to extraordinary and beautiful writing -- this is a wonderful book

Empire Antarctica has a penetrating beauty about it, at once haunting and inspiring. With its cool, poetic prose and powerful, resonant imagery, it deserves to become a classic.

He perceives the wilderness of snow and ice in colour and experiences it as continuous sights, sounds and sensations, writing as vividly and as fiercely in darkness at noon or in sunlight at midnight.

Francis’ impressive reference points spread further, though - through philosophy, literature and science - and he writes beautifully about the strange, other-worldly allure of this habitat of ice and snow. Francis finds in Antarctica’s sublime landscapes and months of darkness a tabula rasa on which to reconsider his place in the world and makes this brutally inhospitable place seem utterly enchanting 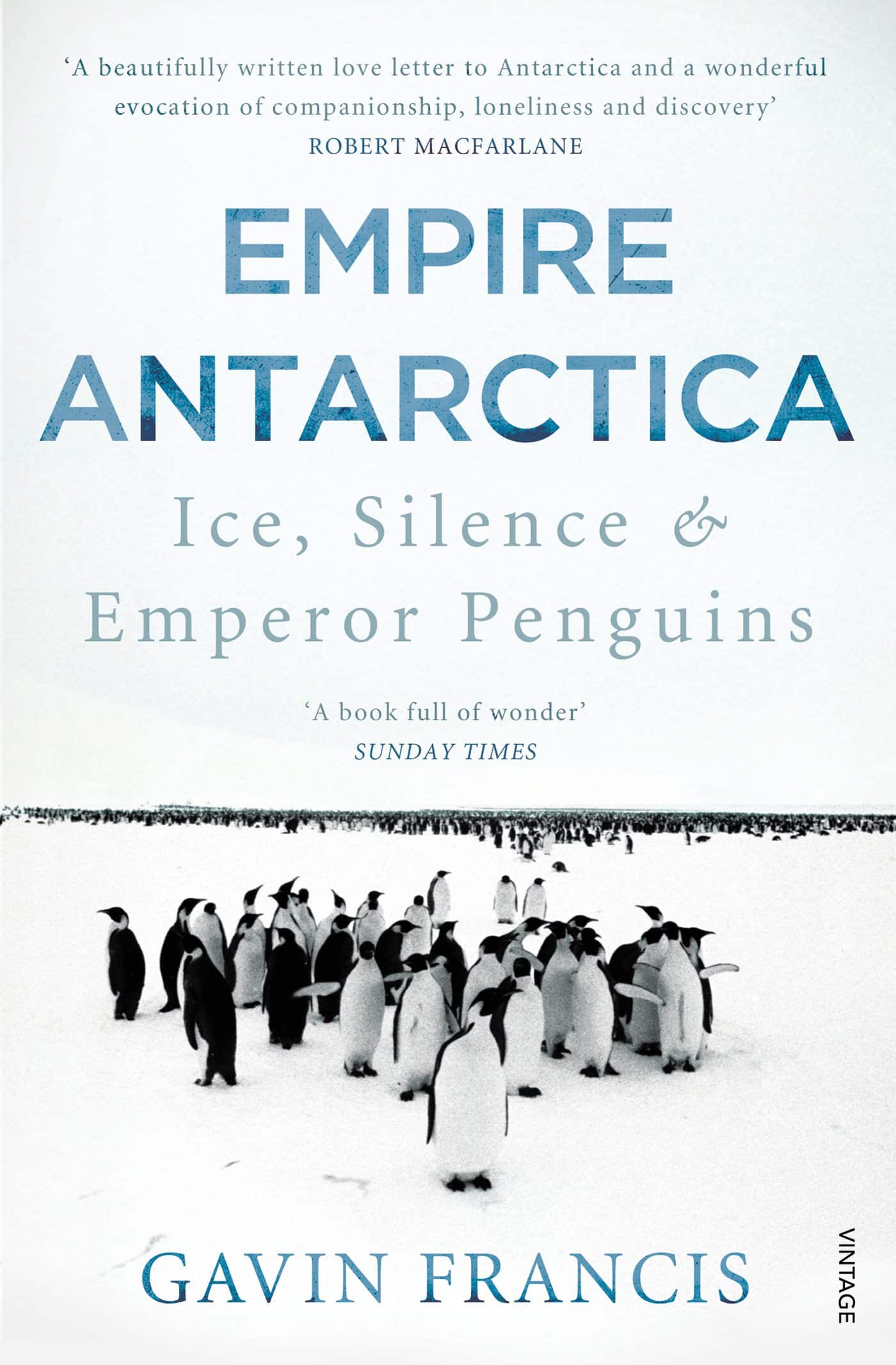 Adventures in Human Being

Twitter
© 2023 Gavin Francis | All Rights Reserved | Web Design and Maintenance by Simplicity Marketing
Manage Cookie Consent
To provide the best experiences, we use technologies like cookies to store and/or access device information. Consenting to these technologies will allow us to process data such as browsing behavior or unique IDs on this site. Not consenting or withdrawing consent, may adversely affect certain features and functions.
Manage options Manage services Manage vendors Read more about these purposes
More options
{title} {title} {title}